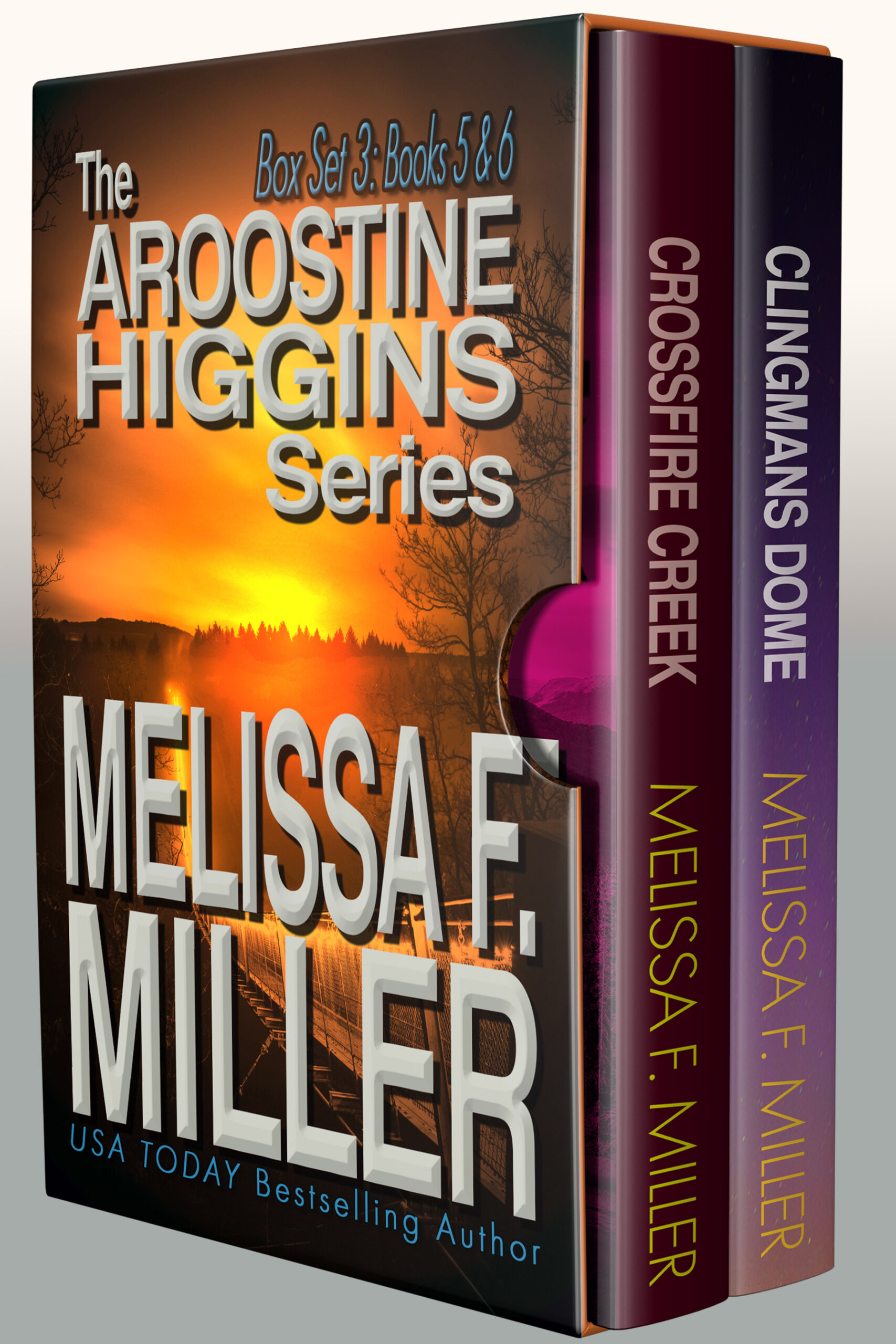 A mother and her eleven-year-old daughter vanish from their Crossfire Creek home. The girl is vulnerable. The mother, impulsive. Tracker Aroostine Higgins is called in to find them, fast, before they’re hurt … or worse.

Aroostine assumes her Rue Jackman alias, packs up her truck, and hits the road with her dog Rufus by her side to do what she does best: Find the missing.

Unofficially, under the radar, and not necessarily entirely legally.

Officially, entirely legally, and as quickly as possible.

When Aroostine’s search gets tangled up with Patton’s investigation, the collision sets off a barrage … and she’s caught in the crossfire.

Tracker Aroostine Higgins and Special Agent Patton River Banks have a strained relationship. But, when Aroostine picks up the trail of a fugitive during a visit to Clingmans Dome, she and the National Park Services criminal investigator have no choice but to work together.

Alan Steven Reynolds has been on the run for years—ever since he helped engineer one of the country’s deadliest bombings. When Roo finds evidence that he’s hiding out in the park’s 800 square miles of dense forests, she and Patton join forces to find him.

They aren’t the only ones looking for Reynolds, though. He’s been active during his time underground, and a new client has explosive reasons to stop him from talking to the authorities.

Roo and Patton are in a race against time and a shadowy enemy. They need to bring Reynolds in before his partner brings him down, along with anyone else who happens to be in the woods.