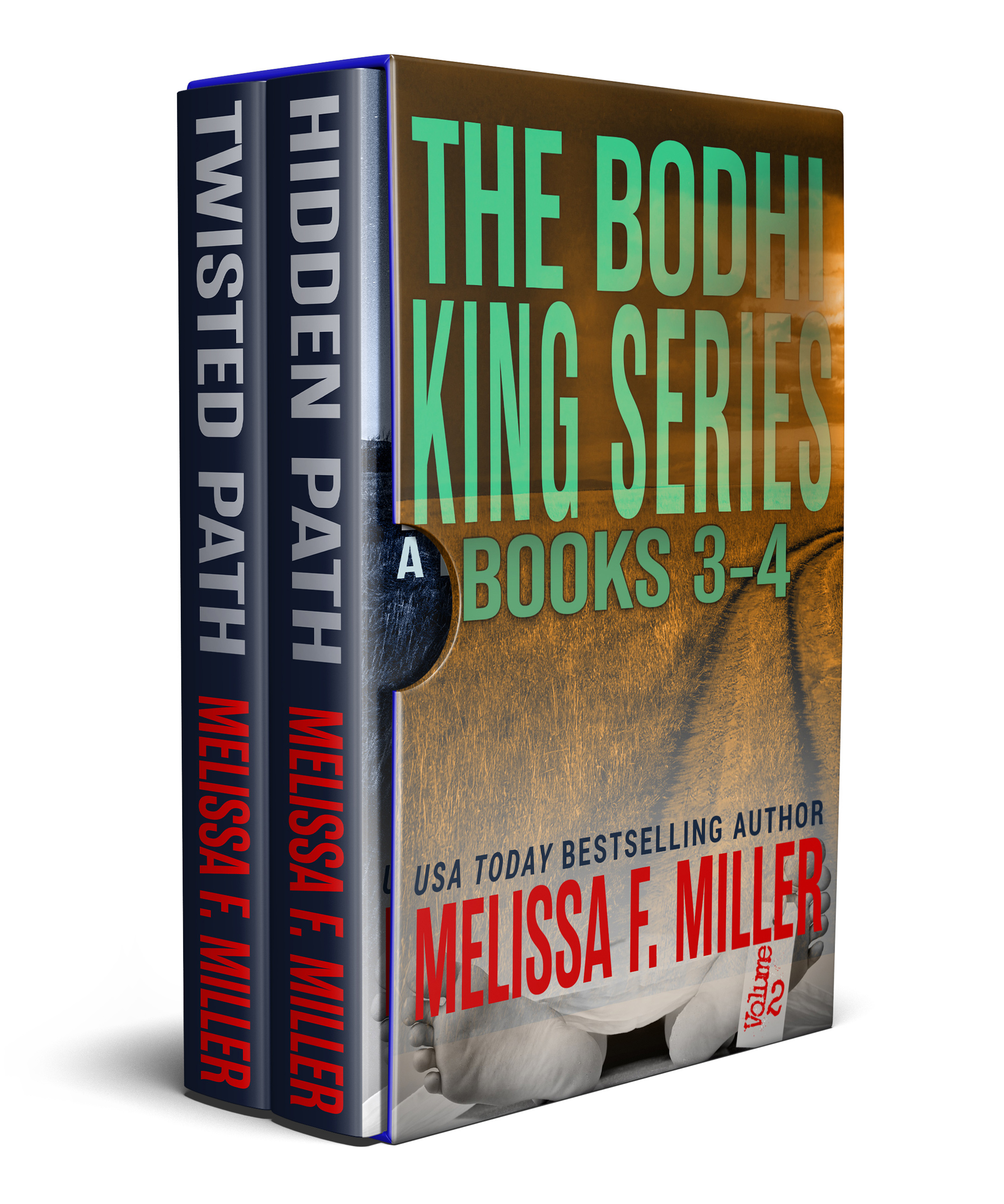 Hidden Path (Book 3) A corpse in a cornfield. Neighbor waging war against neighbor. A journal written in code.

Forensic pathology Bodhi King’s silent retreat at Buddhism monastery hasn’t been as contemplative, or silent, as he hoped.Bodhi’s plan was to meditate on the meaning of a recent run-in with an old flame, but instead he’s pressed into service to identify a murdered stranger.

He teams up with a pair of federal agents, a bold, brainy plant pathologist, and the no-nonsense, small-town police chief. The players’ loyalties shift continually, and nothing’s as it seems.

Counseled by his Buddhist monk hosts, and out of his depth, Bodhi finds himself in the middle of investigation with international political and financial implications.And, to think, all he wanted was a little peace and quiet.

Twisted Path (Book 4) DNA evidence doesn’t lie. Except when it does.

When a man is murdered in his bed, DNA evidence conclusively identifies the killer. The only problem? He’s currently serving a life sentence for murdering the man’s wife more than six years earlier.

The medical examiner’s office turns to forensic pathologist Bodhi King for help. But Bodhi’s conflicted: he worked on the original case before his retirement.

As Bodhi untangles the web of evidence, his quest for clarity calls his former colleagues’ work into question and leads him down a dangerous path of secrets, lies, and violence. And his commitment to the truth may prove fatal.