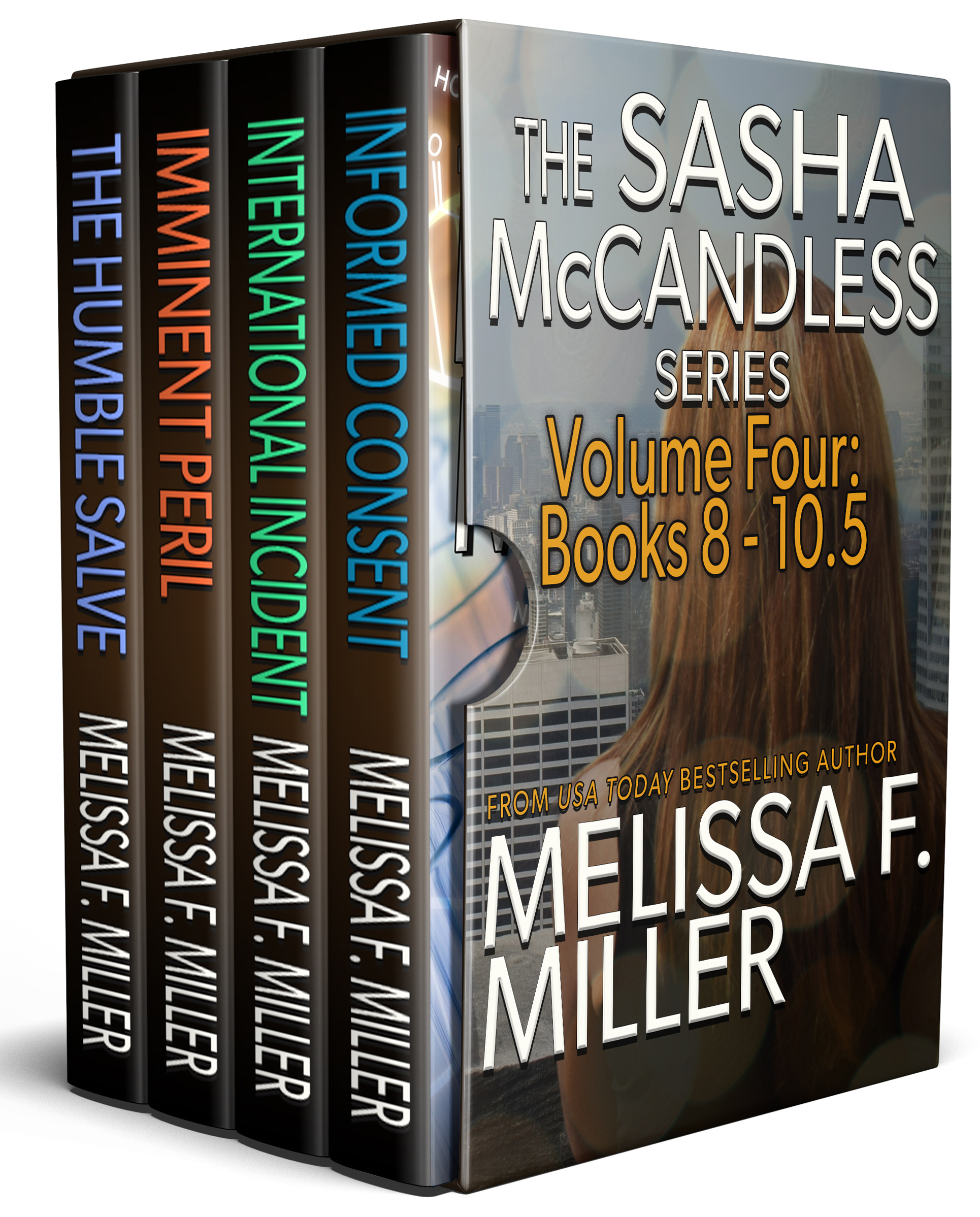 As Sasha and Leo Connelly approach their second wedding anniversary, they’re adjusting to life as new parents. Connelly resolves to track down the father he never knew. Meanwhile, Sasha tackles a case on behalf of assisted living facility residents who may have been the unwitting subjects of medical research.

Both situations escalate unexpectedly, leaving them asking what they’re willing to risk in the name of family.

A woman’s scream. A muzzle flash. The crack of a gun.

Sasha McCandless knows she’s just witnessed a murder on a nearby fishing boat. But when she reports the crime to the captain of the luxury cruise ship she’s sailing on, he dismisses her as a hysterical woman.

And just like that, Sasha and Leo adults-only, romantic cruise turns from rest and relaxation to an unauthorized investigation into a crime committed in the Gulf of Thailand, outside the jurisdiction of organized law enforcement. They’ll take matters into their own hands to bring down a violent maritime crime ring, but ripples from the incident will follow them home like waves on the ocean.

After civil litigator and Krav Maga fighter Sasha McCandless-Connelly pummels a harasser into a pulp during an altercation in a bar, she’s sentenced to an anger management diversion program for first-time offenders. She chafes at the sentence. After all, she was defending herself from imminent danger. But her law partner and her husband both beg her to go along with the program to protect her license to practice law and her family’s privacy.

One of her classmates complains bitterly that she’s being set up to discredit her. She claims she’s a whistleblower with explosive dirt on her employer. When the woman goes missing and then turns up dead, Sasha suspects she may have been telling the truth.

Sasha and Leo set out to investigate and discover a cover-up with the deadliest of implications, and Sasha ends up in the crosshairs, endangering not only her livelihood, but her life.

Sasha McCandless-Connelly has a finely honed sense of right and wrong—and a long memory. The handful of grudges she’s nursing cause problems at work and at home. When an old adversary and an old ally both come back into the picture, she’ll learn whether she has the capacity to forgive and forget. It’s a task that just might prove harder than bringing down killers, running a law firm, or parenting twins.