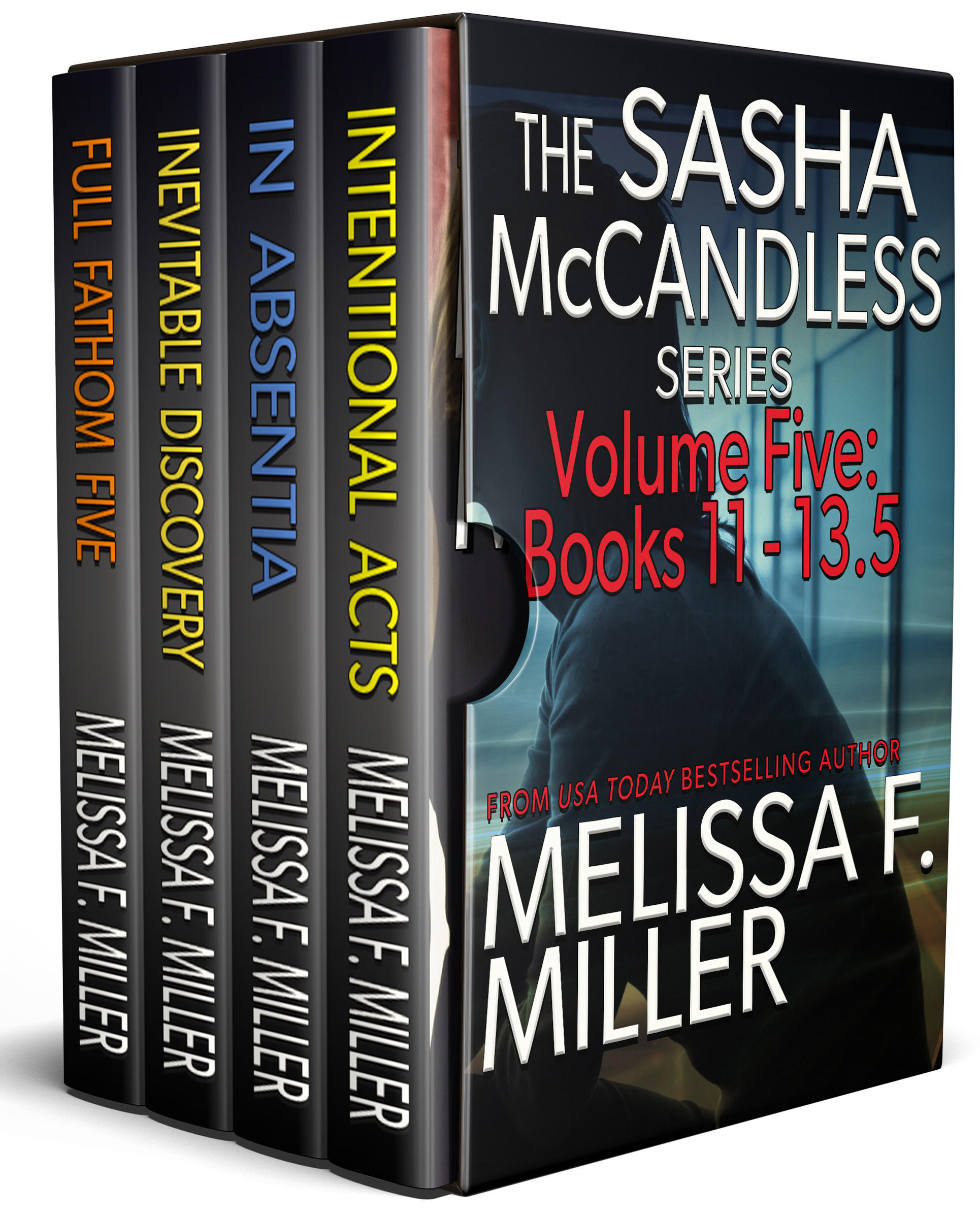 In Intentional Acts (Book 12), Sasha and Leo find themselves on opposite sides of an explosive situation.

Sasha’s up to her elbows in a data privacy matter. Her client could be on the hook for breaching the privacy of hundreds of customers. All because a rogue employee intentionally leaked personal information for reasons known only to him.

Leo’s busy with a high-stakes case of his own. He’s been ordered to neutralize a national security threat, but he has his doubts about the strength of the evidence against the target.

As Leo vets the information he’s been given, Sasha learns that federal law enforcement has an interest in her civil matter. Because they both take their duties of confidentiality seriously, neither realizes that their cases are intertwined. Until one of the affected customers in Sasha’s case is murdered … and the evidence points to Leo as the killer.

Sasha’s not about to turn in her own husband, so she tails him. She only hopes what she finds will clear his name, not destroy their marriage.

In Absentia (Book 12), nothing will stop Sasha from finding her missing client—not even a violent terrorist cell, a trained assassin, and an opioid-trafficking ring.

When Sasha’s client is a no-show for his federal sentencing hearing in a bulk money smuggling case, the presiding judge is not amused. He gives her the weekend to locate the guy or face the consequences.

She tracks the client to a remote West Virginia town, but it’s not the end of her problems—it’s just the beginning. He’s being held hostage by violent men convinced he’s the key to eight million dollars missing from a terrorist organization’s coffers.

After a day passes with no word from Sasha, an increasingly worried Leo leaves the kids with a friend and heads to West Virginia to search for her. He finds himself in the middle of a massive drug-trafficking investigation.

Cut off from one another and from any means of communication and surrounded by players who aren’t who they seem to be, Sasha and Leo each figure out half of the story. Now, they’re running out of time to put it all together.

Echoes of grief and pain reverberate across the decades in Inevitable Discovery (Book 13).

On November 20, 1999, a phone call shattered Sasha McCandless’ family with the news that her brother Patrick had been shot and killed. Exactly twenty years later, another middle of the night phone call thrusts Sasha into a dangerous new case.

A protest over the death of a young man at the hands of the Milltown Police ends with several protestors being snatched off the street by a group of black-clad armed men. Sasha agrees to represent three of the detainees in a case against the police department and the secretive organization that abducted them.

As her investigation heats up, she becomes a target. Meanwhile, a chance encounter with a college student brings her past crashing into the present. Her search for the truth will reopen old wounds and cause fresh pain.

It’s the week after Christmas, and the McCandless-Connelly family is snowed in. Really snowed in. Roads are closed. Stores are closed. A curfew is in place. And Sasha and Leo’s five-year-old twins are climbing the walls.

A game of hide and seek is meant to keep Finn and Fiona busy, not turn up a sixty-five-year-old mystery. But when the kids find an old metal box hidden in the attic’s wall, they have a million questions: How did a military plane vanish in a Pittsburgh river? Whose dog tags with Cyrillic letters are in the box? The twins are swept up in the mystery and, soon, so are Sasha and Leo. They’re cut off, locked in, and hot on the scent of a dangerous secret.