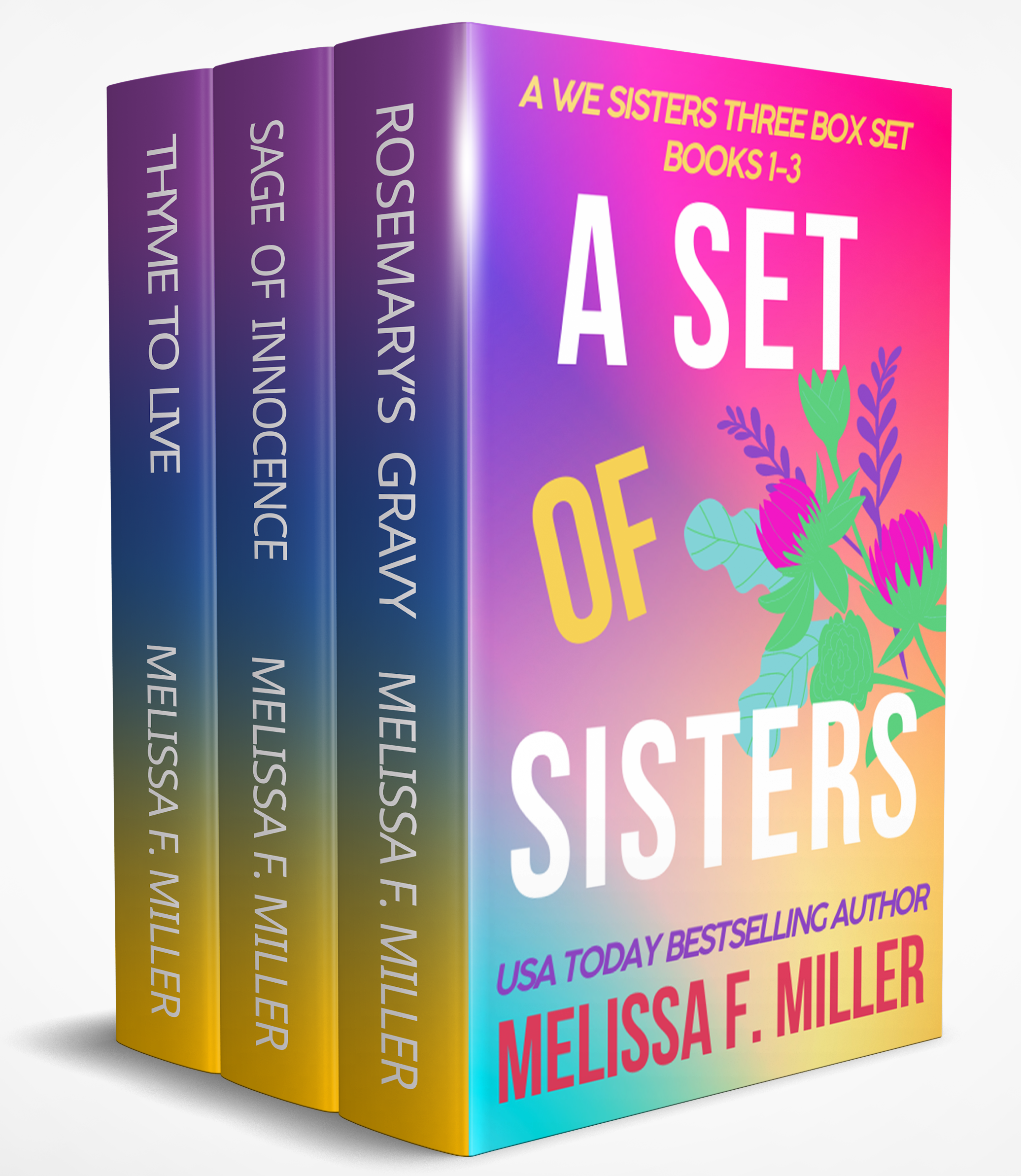 A Set of Sisters Boxset

But when her miserable boss dies under suspicious circumstances, she’s the number one suspect. To save her reputation and stay out of prison, Rosemary has to find the real murderer. There’s no shortage of suspects, includes a womanizing race car driver; a powerful music producer; Hollywood’s hottest leading man; and, oh yeah, Felix, the dead woman’s stepson–which gets a bit awkward when Rosemary starts dating him.

Things go from bad to worse after a romantic dinner with Felix ends in food poisoning. Rosemary finds herself unattached, unemployed, and once again on the wrong side of the LAPD.

She knows how to salvage an oversalted sauce, but can she salvage the disaster that is her life?

Sage Field loves being a nanny for the children of a PGA golfer. But when he’s implicated in the murder of a rival golfer and loses his endorsement contracts, the family’s going to have to cut costs–and Sage’s job is on the chopping block.

Sage convinces Roman, his caddy, to help her clear their boss’s name and keep their jobs. They unearth a secret that’s been hidden for a quarter of a century, discover a box of cash, and stumble onto a blackmail scheme. In the process, Sage discovers that Roman’s been keeping some secrets of his own.

Sage and Roman will be lucky to save their lives, let alone their jobs.

Yoga/Pilates instructor Thyme Field’s tender heart gets her in trouble all the time–garden-variety trouble like adopting stray animals or volunteering to take the overnight shift at a telethon. But this time, she’s in way over her head.

When her client’s nanny disappears, Thyme gets suckered into helping Victor, the missing woman’s brother, search for her. Victor and Thyme stumble onto evidence that suggests she’s been murdered. But nothing’s as it seems, and Victor’s holding back information.

As they hunt for Victor’s missing sister, they’re being hunted themselves; and every step closer to the truth brings them another step closer to danger.

Once you catch your breath and stop laughing, you’ll fall in love with the Field sisters!